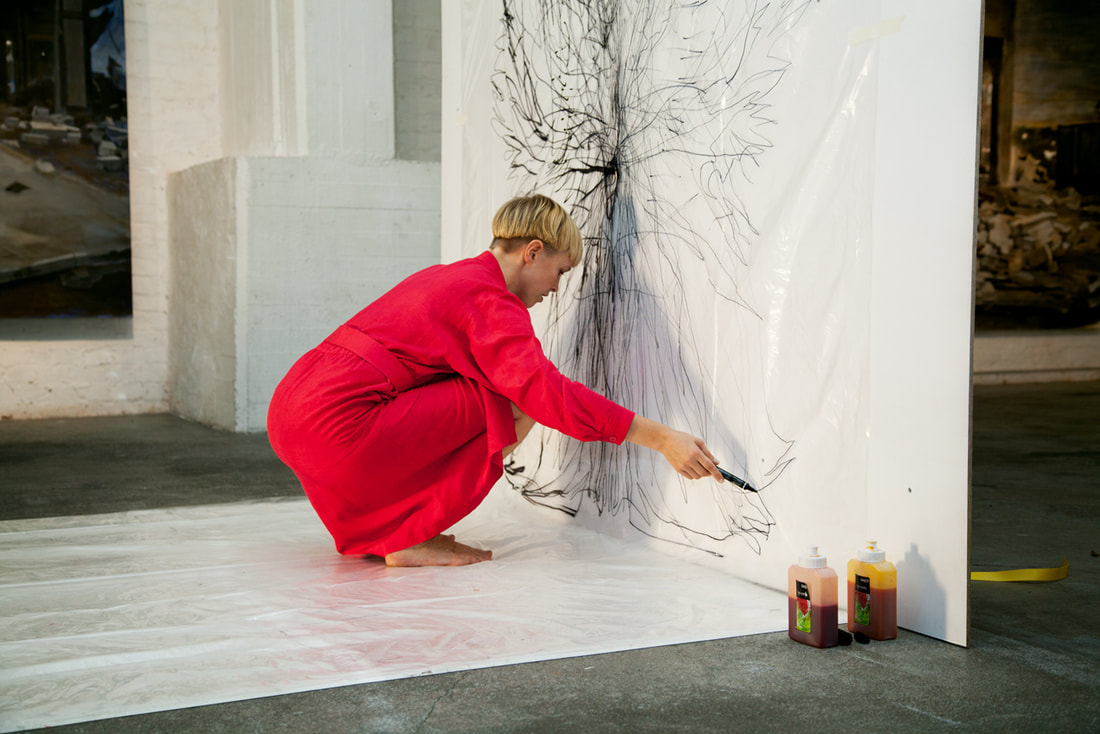 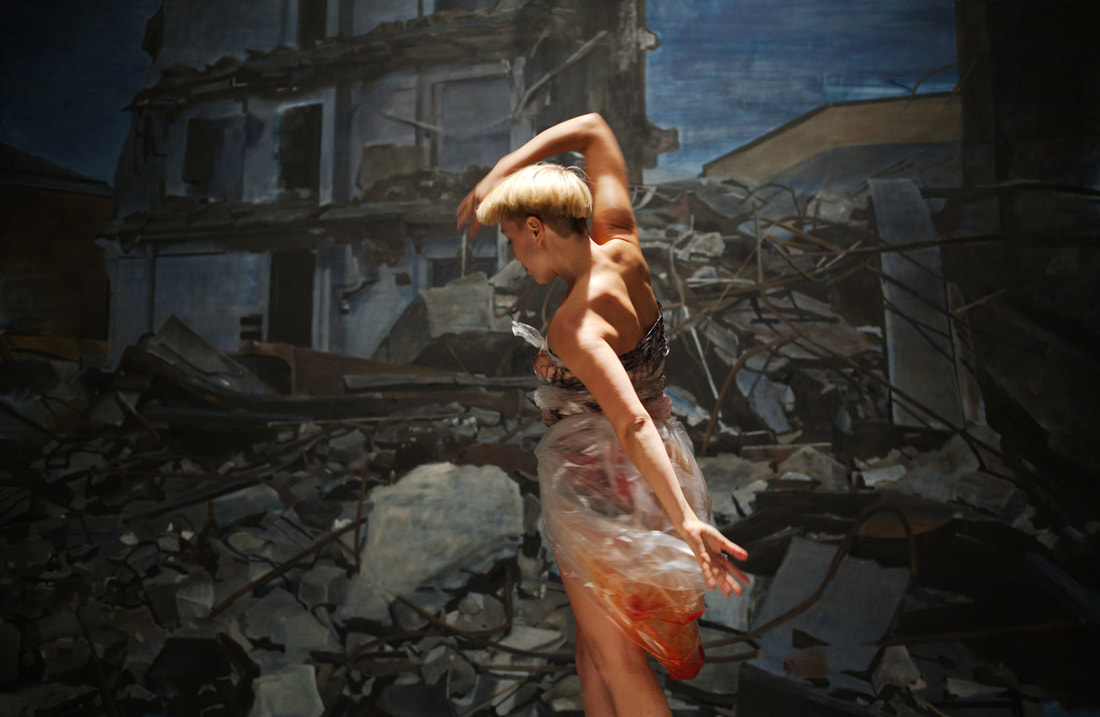 A solo choreography Landscapes by Anni Rissanen continues her artistic work where she researches ways to bring contemporary dance and visual arts together. The question in work is how to use the process of drawing or painting a visual image as a tool in the choreography.

"Last summer i did draw a lot of flowers and became interested to the structure of the shape of the flowers and other plants which often is symmetrical. When you take a closer look at the plant you realise microscopic, asymmetric, free, flowing motion and even ripple. The net of various capillary and the pathways in side of them seem to have always a direction towards something. Following this observation the shape became movement which is in a constant change.
I wanted to make a drawing based on a somatic movement basis. Where the shape of the movement is defined by the limits of the body." 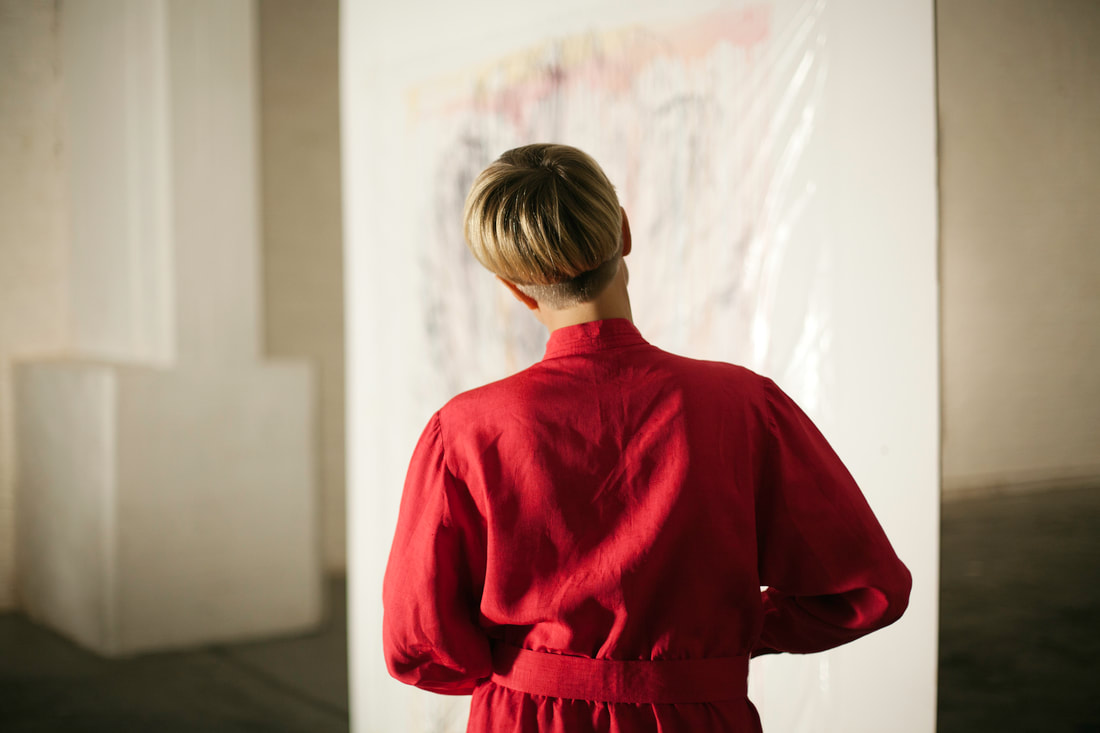